The latest estimate of Finnish wolves presented a serious deterioration of the population. Looking at the population estimates and mortality rates from the last eight years, it can noticed, that there has not been any stable development. In the diagram below, there is a computational estimate of poaching cases in the five years before the experimental management-hunting in 2014/2015. The estimated amount of illegally killed wolves is 30 individuals per year. During the management-hunting, illegal killing was replaced with legal licenses allowing management and social-based hunting. This procedure did not have a positive effect on the mortality rate. Except for 2013/2014, the mortality has stayed the same.

As a conclusion, we can give a statement, that legalizing illegal poaching with the licensed hunting act did not have a positive impact on the wolf population. This scenario should have been recognized by the Ministry of Forestry and Agriculture or the Wildlife Agency before permitting any licenses for hunting. Instead of precautionary principles, the Ministry chose to be very generous with admitting quotas during the last three years. 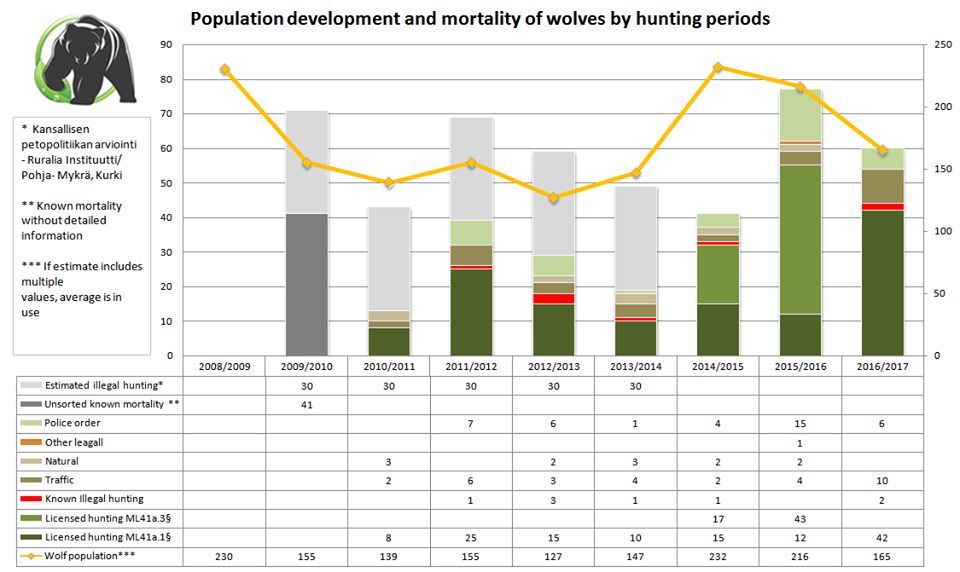 As can seen on the chart below, the age and gender structure of the last hunting period has been concentrated on adult individuals. According to the EU habitats directive, identification of the derogated individuals is important. The derogation is supposed to be targeted at the young and damage-causing individuals. As can be seen, more than 61% of the individuals were adult females, instead of yearlings. Over 80% of the prey were adult males or females. No analysis has been made of how many of these wolves actually caused any damage.

The politics practiced by Finnish government concerning wolves is not sustainable nor based on the EU habitats directive. 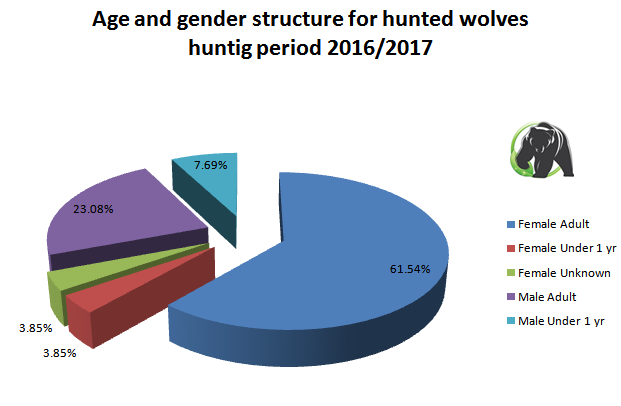