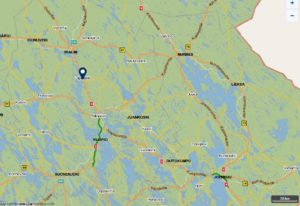 Police gave a permission to shoot a female wolf at Lapinlahti, (Eastern Finland). The wolf was also shot before – police investigates a hunting felony.

The police of Eastern Finland investigates hunting felony at Lapinlahti.

The incident is about a female wolf, which was shot with a police permission at Lapinlahti, Korpinen on February 25th. It is the same area, where the Finnish Wildlife Agency gave earlier a damage-based license. A male wolf was killed. The wolf couple made visitations near human settlement frequently.

In female’s body were discovered older gunshot wounds during Evira’s research. From the wolfs body was found 18 encapsulated small shots. According to the statement of Evira, the timeline from shooting was quite long, at least couple of weeks.

This is the third poaching incident at the region during this winter. The two former cases have been discovered at Nurmes.

The police of Eastern Finland is worried about the poaching phenomenon. The authorities have estimated that only about 10% of all illegal hunting of large carnivores is revealed.