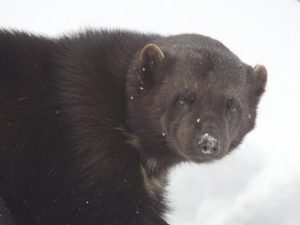 The Ministry of Agriculture and Forestry in Finland has set a quota of 8 wolverines at the reindeer husbandry area.

This is the first time in 35 years, that hunting of critically endangered wolverine is allowed in Finland. There are only 220-250 wolverines in Finland. Half of the population lives in southern Finland and genetically differs from the northern population.

The main reason for hunting wolverine are the damages caused for reindeer. Alternative solution for hunting was suggested transportation of wolverines to the south. The Ministry did not have motivation enough to execute non-lethal methods to preserve our small wolverine population.

According to the Ministry, the Wildlife Agency will closely monitor hunting and breeding females are avoided. As we have witnessed through the culling of wolves, the factual surveillance is absent and the number of the dead adult and breeding individuals keeps rising.

Hunting of wolverines is outrageous and short-sighted procedure. In wildlife conservation Finland must be considered as a developing country. An idea of hunting endangered species to achieve ”social tolerance” has received an inflation.