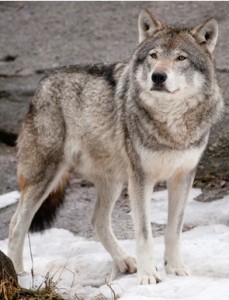 The collar and the body of a male wolf were found the day after illegal hunting.

The police suspects, that there has been a poaching incident of a collared wolf at Nurmes, Eastern Finland. The shooting is suspected to happen near Salmenkylä-region at November 25th.

The authorities have managed to collect the wolf and the collar.

Four persons have been caught by police and three of them has been prisoned. The police is investigating hunting felony.

Detective Sami Joutjärvi from Eastern-Finland Police says, that the wolf and the collar were found the very next day after suspected poaching.

One and half year old wolf called Mio was a lonely male at Sonkajärvi-Nurmes-region.

– Hunting wolves is illegal during this time of the year.

According to Joutjärvi, hunting wolves is too difficult for individual hunters.

– It is a fact, that there are more people aware, or involved in this incident, than we can get into the court.

According to Joutjärvi, poaching is the best way to ruin licensed, legal hunting.

– The timing is the worst possible, thus the licensed hunting will be soon decided by the Ministry.