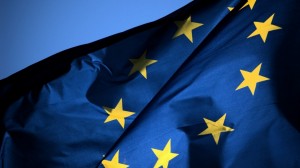 On April 27th the EU Commission received ANC Tapiola’s complaint about wolf management in Finland. According to the EU Habitat directive, wolf (Canis lupus) is a strictly protected species in Finland.

However, there are only 200 wolves in Finland. Wolves have been endangered during the whole 21st century. The new management plan 2015 allowed licensed hunting for wolves. It was supposed to protect wolves from poaching, increase social adaptation and raise the image of wolves as respected trophy-pray.

As many as 43 wolves were killed during the hunt and 15 by orders from law enforcement. The administration failed to control and monitor hunting in action. Eight breeding females and one breeding male were killed despite conditions and instructions. During this season the wolf mortality has reached 77 individuals, which is about 26% of the whole population. There is also evidence that licensed hunting didn’t manage to put an end to poaching.