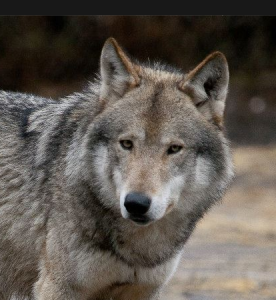 Bounty hunters from Russia are payed 50€ for a single tail.

Sulo Suhonen from Tuupovaara, Eastern-Finland believes how to manage with wolf problems. The solution is to pay for Russian bounty hunters. Many of the hunters in North-Karelia stand with Suhonen.

– The Finnish politics of large carnivores is dictated by some nature organizations, without consulting hunters. Suhonen takes action at his Facebook profile.

Suhonen and his supporters are about to change the situation. The main issues in wolf debate between hunters and conservationists are: what is the level of sustainable wolf population in Finland and quota for hunting.

Suhonen wants to make a deal with Russian bounty hunters.

The bounty hunter from Russia wants to co-operate

Suhonen drives in a hotel yard at Jänisjärvi, about 20 kilometers from Finnish board.

He’s about to meet Vladimir Belov, a wilderness guide, hunter and a bounty hunter.

In Russian Karelia there are no limitations for hunting wolves. There is no need for licenses. Anybody could shoot a wolf.

The government is also paying 4000 ruble (about 50€) bounty for each wolf.

– It is not just a money, we are also eager to hunt, says Belov.

According to Suhonen, there’s no illegal procedure in co-operation. Arrangements are settled when there is a legal time for hunting wolves in Finland.

– We will give a message to Russia, when wolves are about to cross the border, and there is a possibility to make some money, if hunters are skilled enough. When the wolf is shot, someone from Finland will travel to the Russian side and check that the wolf is actually killed.

For successful hunt is about to be payed 50€ bounty. The evidence of a dead wolf is it’s tail.

– There are eager buyers for tails in Finland, claims Suhonen.

The Member of Finnish Parliament, Pentti Oinonen from Kontiolahti says, that he is ready to pay for Russian hunters for killing wolves.

Oinonen would be ready to pay 100€ for two damage-causing wolves if it is legal.

– There is about 400-500 wolves in Russian Karelia, so the migration from Russia to Finland will increase, if we do not take an action now, claims Oinonen.

– The Nature Recourses Institute in Finland has presented quota of 40 wolves for hunting. That is not enough. I will suggest that 80 wolves should be killed each year.

The Natural Resources Institute in Finland (Luke) does NOT set any licenses in Finland. Institute is about research, not political decisions. The Institute has no legislative power. That power belongs to the Ministry of Agriculture and Forestry in Finland.  Although the articles above are translations, we want to correct totally false information.