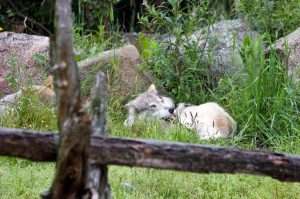 The Finnish Wildlife Agency permitted licences for management hunt of volves in January and February 2016.

The Association for Nature Conservation (Tapiola) appeald about the licenses and the Administrative Court of Eastern Finland made a conclusion, that organization did not have a right to appeal and dismissed the case as inadmissible.